Is there a patron saint of pie? 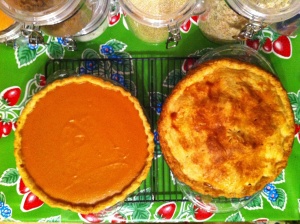 A couple of weeks ago, after churning out two gruelingly beautiful (uhh if I may say so myself) pies for a “friendsgiving” celebration (the second of two pre-Thanksgiving dinners) — one “silky smooth pumpkin” and the other a tried-and-true apple — I wondered to myself as I stood before the products of my 6 hours of  devoted labor: is there a patron saint of pie?

Yes, as it turns out, there is. 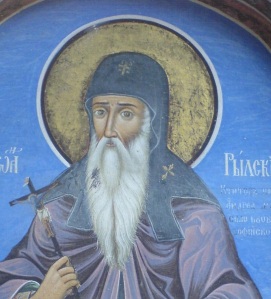 Well, at least, there’s this friendly chap who, in addition to being the patron saint of the Bulgarian people, apparently also had an affinity for pie as a vehicle of justice when he showed up to feed the poor bearing two pies given to him by the village pie-maker. What a guy. Now, a couple thousand years later, I’d like to dedicate this blog to “Two Pies Ivan” and ask that he bless its endeavor to bring a little more happiness, a little more health, and a little more pie to the world.

This entry was posted in Pie. Bookmark the permalink.

5 Responses to Is there a patron saint of pie?